As already said in many of my publications and posts, Venice is an ideal location for couple photo shooting, especially in the case of just-married couple portraits . And this is the case not only during sunny days in spring or summertime: Venice is worth a photo service even during rainy days.

Lately I had the chance to shoot a young Russian couple that, after getting married in Russia, enjoyed a honeymoon trip to Venice and hired me for an informal photo walk.

Well, it happened that the city had just been deeply soaked by the previous day’s rain and there were many large paddles in the squares and alleys as we walked by. It suddenly came to my mind that I could make the most of this unique situation, so typical of Venice: I asked the bride if she felt like taking her shoes off and walk barefoot along the road which she did quite gladly…I assume she did not want the water damage her nice shoes!

Later, when we reached Piazza San Marco I suggested the couple to dance in the paddles that covered large sections of the square so that I could portray them with this famous background in a very special condition!

Luckily enough, and as it often happens in Venice, in many other areas of the city there was no sign of high water at all which allowed us to take more “classic” and “dry” shot in the rest of the honeymoon photo shooting.

For further examples of honeymoon shootings see my website. 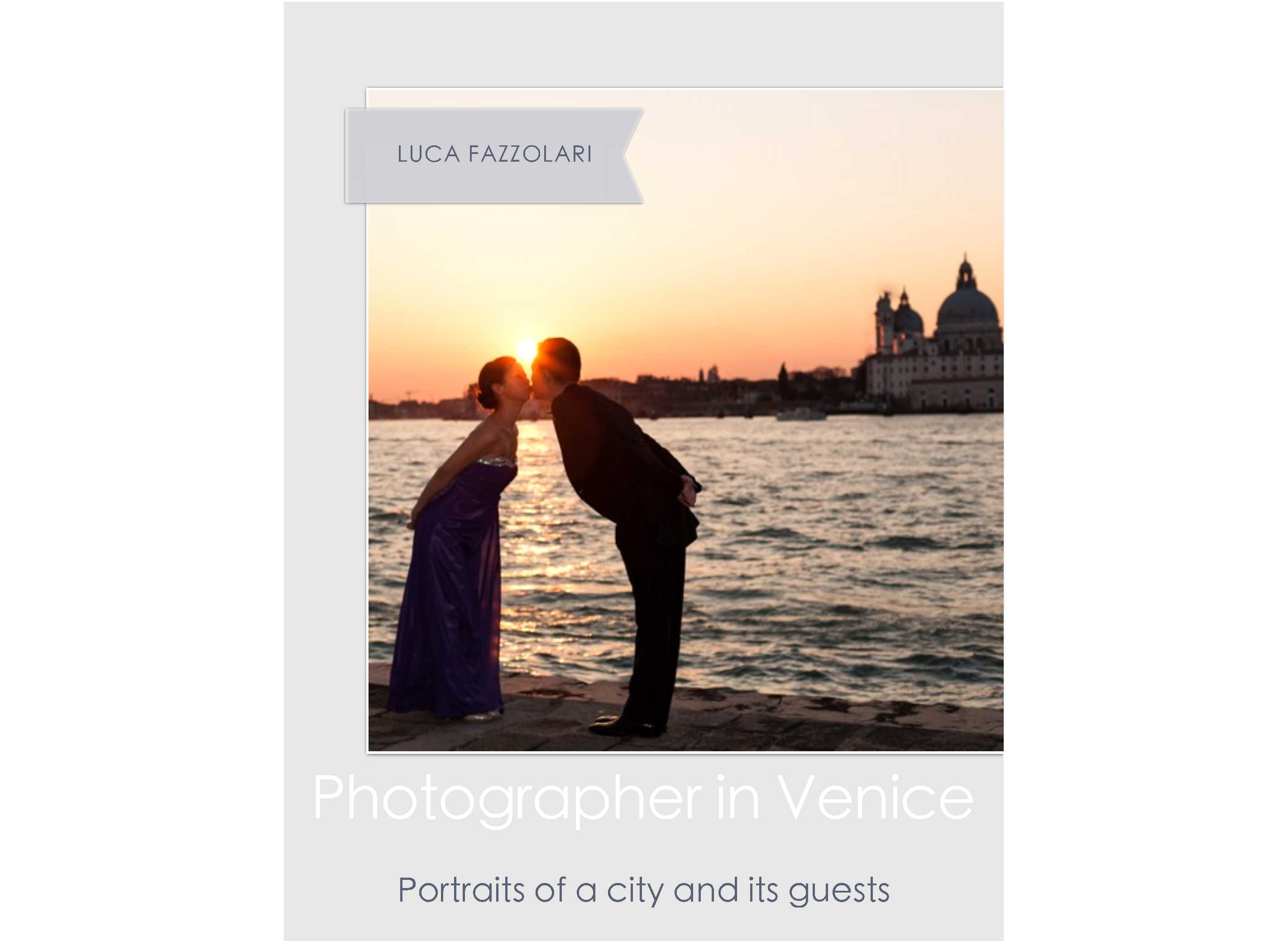 In case you are traveling to Venice and you plan to have high-quality shots of your stay, you might be interested in this new ebook of mine.

It is based on my personal experience as a professional photographer who lived in Venice several years: in these pages I share with you some of the strategies and techniques I use during my photo shootings in this enchanting city.

Venice is described as an ideal setting for different kinds of photos: engagement, wedding and honeymoon photo services, as well as individual and holidays portraits.

You will find professional shots of some enchanting Venetian places, as well as interesting hints about visiting and entertainments in Venice. 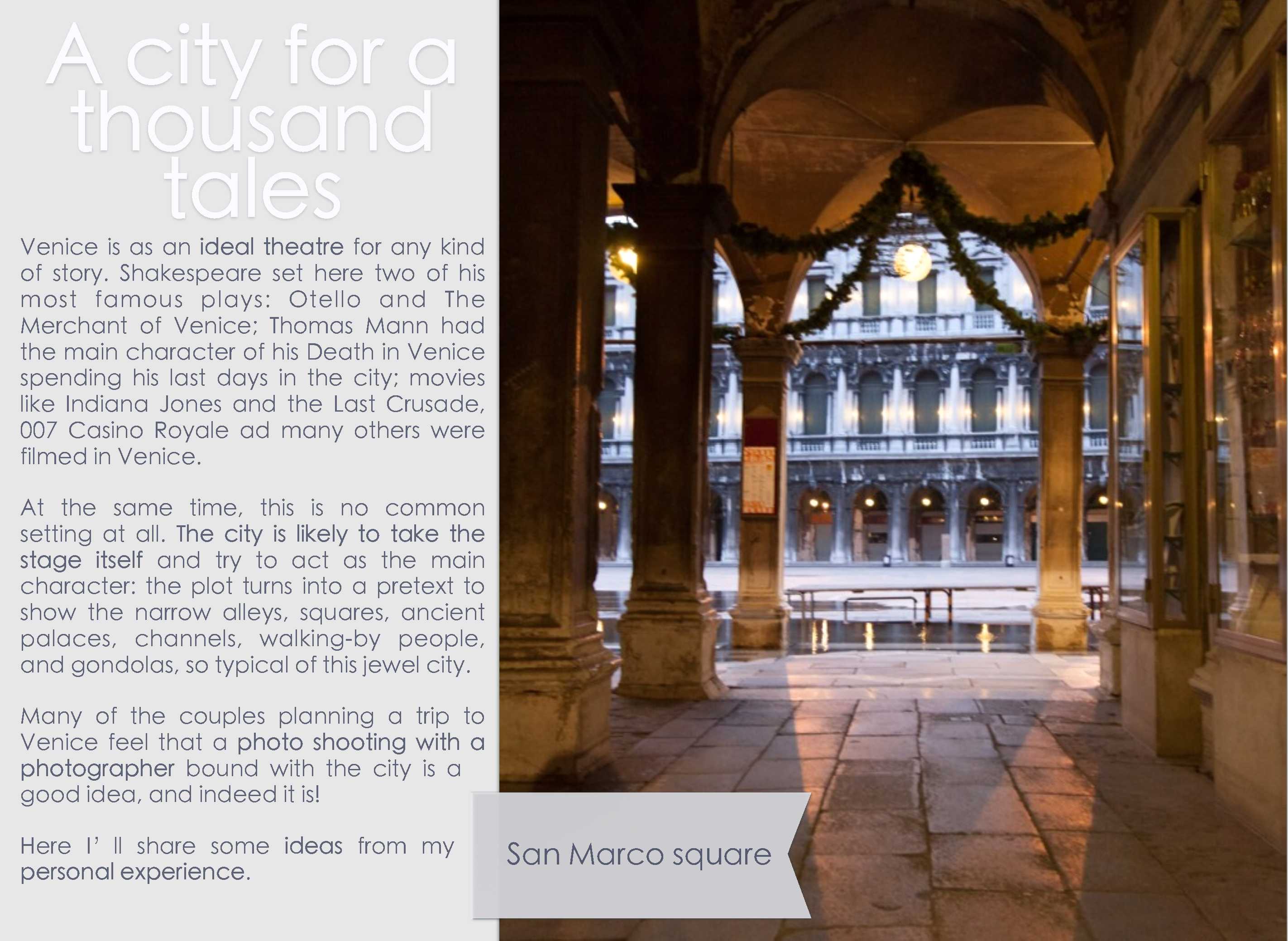 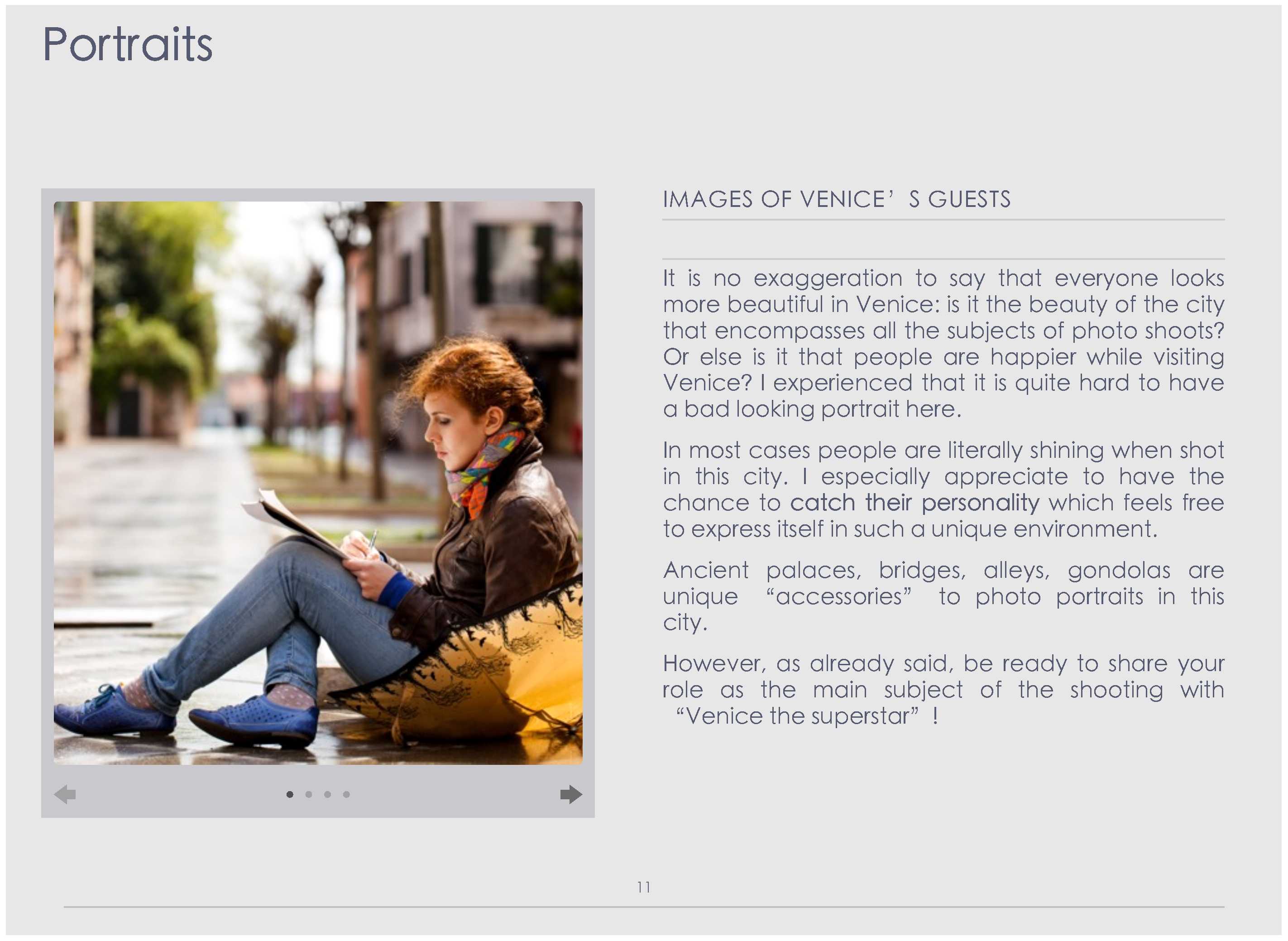 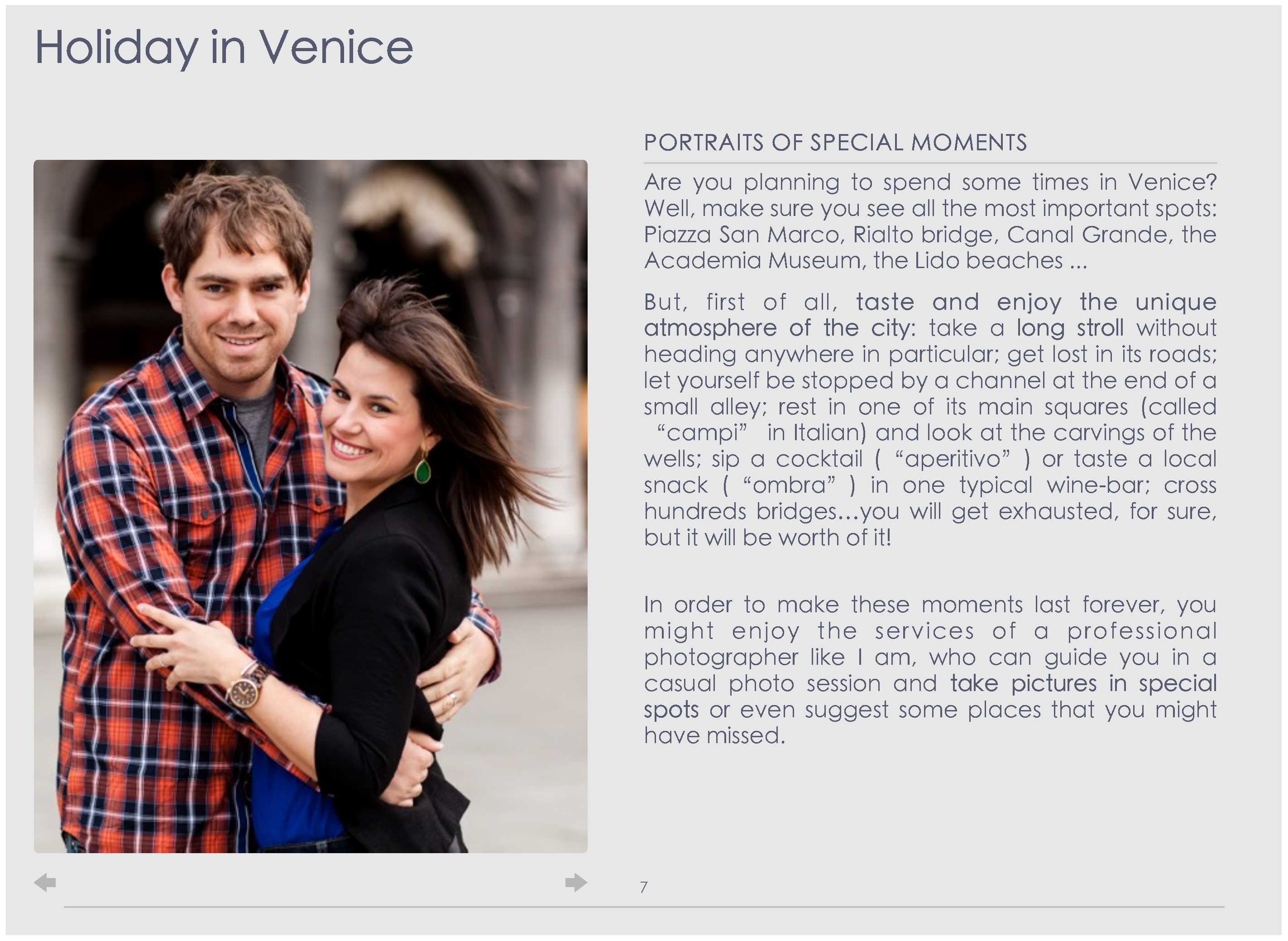